Breast reconstruction products and techniques are continuing to evolve to ensure good clinical and quality outcomes. This article reviews the published literature regarding the use of fetal bovine-derived acellular dermal matrix, focusing on safety, clinical outcomes and surgical techniques.

Acellular and immunologically inert dermal replacements can be obtained from cadavers or xenografts (Marler and Upton, 2006). These materials act like a biological scaffold, intended to be integrated into the host's tissue through neovascularisation and fibroblast infiltration (Middelkoop et al, 1995; Wainwright, 1995), and so reinforcing the tissue after surgery.

SurgiMend (TEI, Biosciences, Inc., Boston, MA, USA) is an acellular dermal matrix derived from neonatal or fetal bovine dermal collagen. It is rich in type III collagen, which is prominent in embryological development and wound healing. The material is treated with chemicals to remove cellular components from the dermis, reducing the foreign body reaction and inflammatory processes. It is terminally sterilised through ethylene oxide. The preservation process allows the material to be stored at room temperature and then hydrated intraoperatively in room temperature saline for around 60 seconds (Ohkuma et al, 2013).

SurgiMend was introduced to the market in 2009 for abdominal wall repair, and it was then used for breast reconstruction (Maxwell and Gabriel, 2009). Breast surgeons were looking for a more pliable and soft acellular dermal matrix, without the high mechanical strength required for hernia repair. SurgiMend PRS was subsequently developed and remains one of the few biological matrices with fenestration, theoretically allowing fluid which might gather around the implant to drain into the surrounding tissue (Dieterich and Faridi, 2013). After a positive clinical experience in the subpectoral position, a new meshed SurgiMend PRS was introduced in September 2017, proposed for prepectoral reconstruction (Wazir and Mokbel, 2018; Gui and Tsang, 2019).

The original concept of meshed tissue, first described in plastic surgery for partial thickness skin grafts, was taken further and applied experimentally with meshed SurgiMend PRS by Lotan et al (2018). This study hypothesised that meshing might reduce the overall bioburden (the mass of added acellular dermal matrix at the implantation site) and increase the surface area of the matrix, meaning that more host connective tissue and cells are in contact with more reactive matrix margins, potentially leading to faster integration processes, reducing processes such as inflammation, fibroplasia and scar tissue formation. This was demonstrated with antibovine collagen type I staining on SurgiMend samples in a porcine model: the meshed matrix showed more cellularity with better penetration evidenced by nuclei staining and less bovine collagen staining, presumably as it had been replaced by host porcine collagen. Thus, the expanded surface area of meshed acellular dermal matrix may promote better cellular penetration and hence faster replacement and integration by the host. Based on the histopathological results of this study, as well as preliminary efficacy and safety data from clinical studies of meshed acellular dermal matrix (Martin et al, 2014; Hagarty et al, 2015; Palaia et al, 2015), the authors initiated a clinical study of acellular dermal matrix meshed at a 1:2 ratio in immediate, implant-based breast reconstruction. 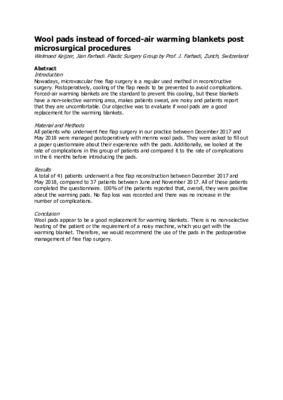