A single targeted dose of radiotherapy could be as effective at treating breast cancer as a full course, a long-term study suggests.
Jasmine Walter
Content Editor, Mark Allen Group
Follow

A single targeted dose of radiotherapy could be as effective at treating breast cancer as a full course, a long-term study suggests.

Researchers said people who received the shorter treatment were also less likely to die of other cancers and heart disease in the following five years.

But cancer specialists have raised concerns about the study's methodology.

A fifth of patients in the study received extra doses of radiotherapy.

The study's lead author, Prof Jayant Vaidya, said he had expected a proportion of the women to need extra radiotherapy, since post-op tests could reveal tumours were bigger or more aggressive than expected.

This still left 80% of women benefiting from a shorter course of treatment with fewer side-effects, he said.

Targeted Intraoperative Radiotherapy (TARGIT-IORT) involves a single, targeted dose of radiation inside the breast, immediately after the tumour is removed.

This type of radiotherapy, developed by doctors at University College London (UCL), is delivered using a small device placed inside the breast, directly on the site of the cancer.

It means patients can receive radiation treatment at the same time as their operation to have their cancer removed.

And they shouldn't have to return for any further treatments, which can involve 15 to 30 hospital visits for people having a standard course of radiotherapy.

This treatment is already available on the NHS in a small number of clinics that have the right equipment. 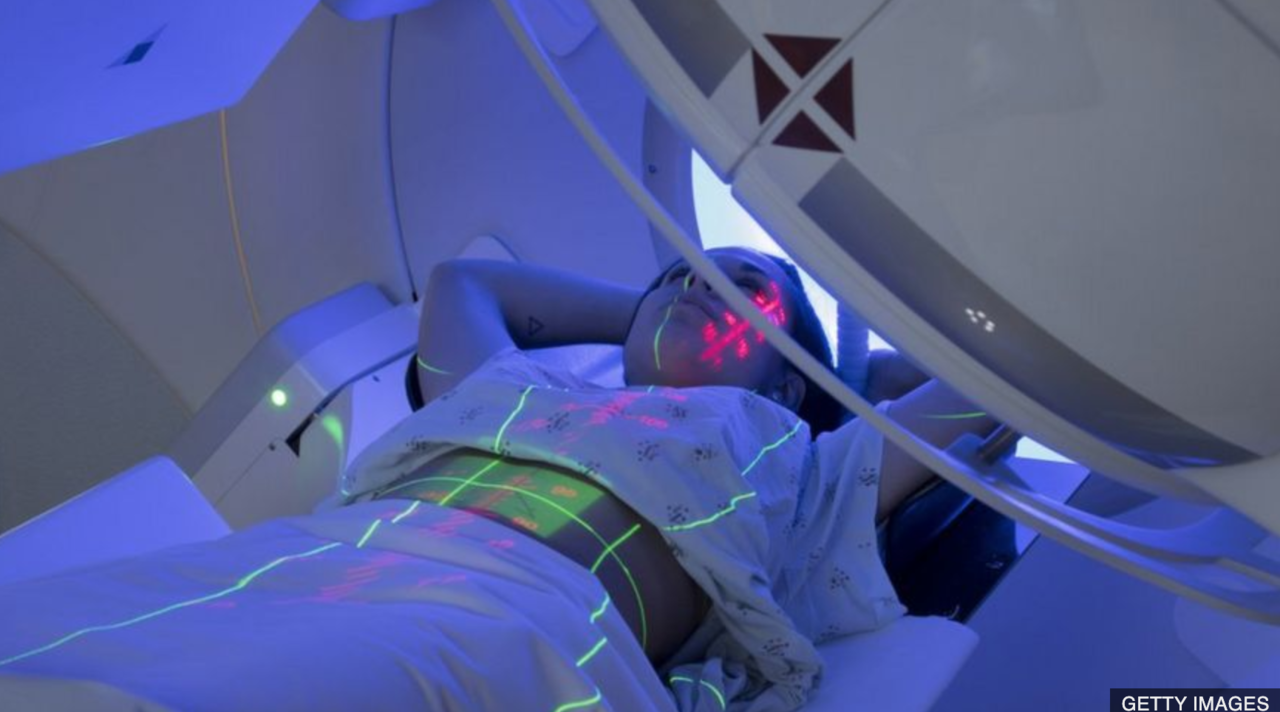 A single targeted dose of radiotherapy could be as effective at treating breast cancer as a full course, a long-term study suggests.