Many oncoplastic volume replacement techniques have been reported, however, it is generally difficult to utilize a single distant flap for bilateral breast carcinomas.

We report a case of bilateral multiple breast carcinomas successfully treated with immediate volume replacement technique with an omental flap. Bilateral partial mastectomies were performed for bilateral breast carcinomas (one in the left breast and two in the right breast). The pedicled omental flap was laparoscopically harvested, and divided at the mid-portion of the flap. The proximal half of the flap was used to fill the right defect, and the distal half of the flap filled two defects in the left breast. Cosmetic outcome was excellent with minimal donor-site scars.

The omental flap can be considered for highly selected patients with bilateral breast carcinomas.

Breast reconstruction during the COVID-19 pandemic: Single institution experience from the pandemic's epicenter in the United States

The Benefits of Local Anesthesia Used in Mastectomy Without Reconstruction 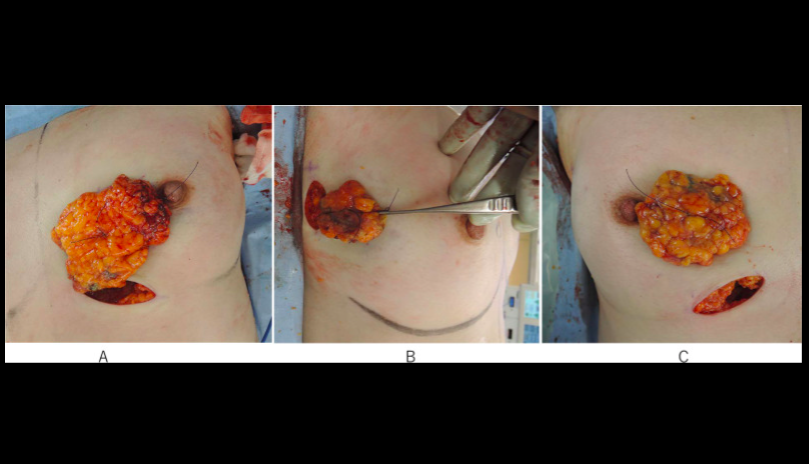