Donor site morbidity related to vascularized lymph node transfer (VLNT) remains a cause of worry among surgeons. As such, our study explores donor site morbid- ity after VLNT with or without concomitant deep inferior epigastric artery perforator (DIEP) flap breast reconstruction. Furthermore, we evaluate our surgical approach to ascertain whether it reduces the morbidity rate.

A retrospective chart review of donor site complications and surgical techniques was performed from 2006 to 2018. The patients’ medical histories and demographic data were analyzed for risk factors. Patients were contacted by telephone for a long-term follow-up questionnaire. A literature review was implemented to evaluate the reported donor site complications and surgical strategies in literature. Complications were evaluated with and without concomitant autologous breast reconstruction (DIEP flap).

Eighty-nine patients were included in our case series. Sixty-five cases (73%) were combined with DIEP flap breast reconstruction. Seroma rate diminished from 60% in the first 39 cases to 18% in the last five years (50 cases) (p < 0,001). Lymphedema of the afferent lower limb is described in the literature but did not occur in our series.

Seroma formation is the most common donor site morbidity after groin VLNT flap harvest, particularly when combined with DIEP flap breast reconstruction. This paper contains the largest reported series of combined VLNT + DIEP flaps and describes surgical strategies on how to decrease seroma formation and avoid iatrogenic lymphedema of the lower limb. 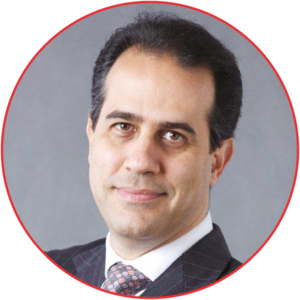 UK Guidelines for Lipomodelling of the Breast on behalf of Plastic, Reconstructive and Aesthetic Surgery and Association of Breast Surgery Expert Advisory Group
News
Your Channel

UK Guidelines for Lipomodelling of the Breast on behalf of Plastic, Reconstructive and Aesthetic Surgery and Association of Breast Surgery Expert Advisory Group

The following allows you to customize your consent preferences for any tracking technology used to help us achieve the features and activites described below. To learn more about how these trackers help us and how they work, refer to the cookie policy. You may review and change your preferences at any time.