Breast cancer (BC) is the most common cause of cancer-related death in women worldwide. Therapies targeting molecular pathways altered in BC had significantly enhanced treatment options for BC over the last decades, which ultimately improved the lives of millions of women worldwide. Among various molecular pathways accruing substantial interest for the development of targeted therapies are cyclin-dependent kinases (CDKs)-in particular, the two closely related members CDK4 and CDK6. CDK4/6 inhibitors indirectly trigger the dephosphorylation of retinoblastoma tumor suppressor protein by blocking CDK4/6, thereby blocking the cell cycle transition from the G1 to S phase. Although the CDK4/6 inhibitors abemaciclib, palbociclib, and ribociclib gained FDA approval for the treatment of hormone receptor (HR)-positive, human epidermal growth factor receptor 2 (HER2)-negative BC as they significantly improved progression-free survival (PFS) in randomized clinical trials, regrettably, some patients showed resistance to these therapies. 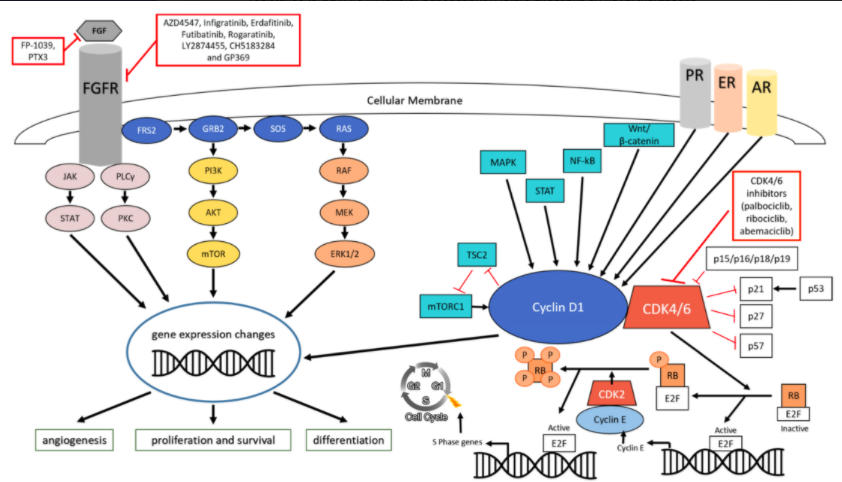